Duodrive started with facilitating contra-rotating propulsion for shaft driven craft with their first Patent in 2002 since when there has been a considerable investment to understand the application of such propulsion and to develop the Duodrive technology offering. This has resulted in applications for new Patents covering a next generation of drives which were launched in June 2016 - the Duodrivetrain™ and the Monodrivetrain™

What does it do?

Thrust isolated in the Duodrivetrain™ is transferred directly to the hull eliminating the need for the engine and gearbox to carry this thrust. This reduces noise & vibration and associated maintenance issues. 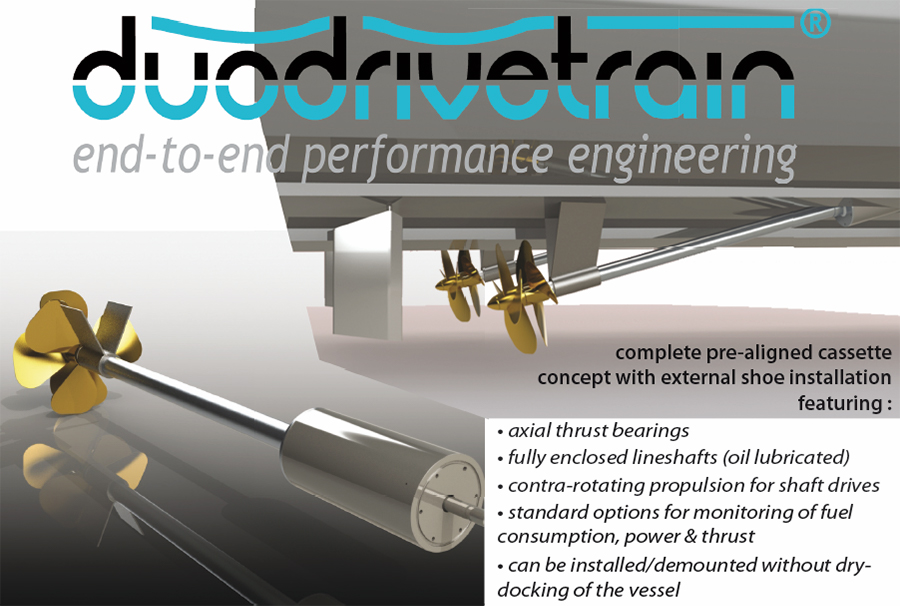 At the heart of the Duodrive philosophy & ethos are efficiency and simplicity, offering the operator major cost savings. The major efficiency gain associated with the contra-rotating propellers is just the beginning. Every aspect of the design is driven by efficiency.

What fuel savings can I expect?

Industry standard predictions show at least a 30% decrease in fuel usage from the use of contra-rotating propellers alone.